Are you looking for a drug rehab or alcohol addiction treatment center in Victoria BC? We can help. Our Chemical Dependency Counselors are trained to recognize the level of alcohol or drug abuse you or your loved one is struggling with and therefore can recommend the most effective treatment approach for that level or category of abuse. It is our belief that the vast majority of drug or alcohol abusers are good and decent people that are trying as best they can to to escape the circumstances they have unknowingly created for themselves by using drugs and/or alcohol. 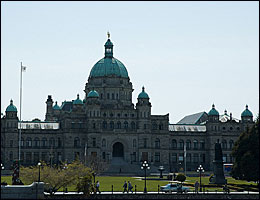 Drug and Alcohol Addiction Victoria BC

Addiction is not necessarily how much or how often you drink or take drugs that determines if you are addicted. It’s a set of criteria that can be described as: consequences, loss of control and compulsion.
The most important diagnostic sign of addiction is the fact that, once the drug dependent person starts using their drug they are never able to be completely sure how much they will consume.
The use of alcohol and illicit drugs is sending more and more people to hospital, according to a new report by the University of Victoria’s Centre for Addictions Research of BC (CARBC).

The number of BC residents who went to hospital because of their illicit drug use was estimated to have risen 37 per cent from 2002 to 2007. Alcohol use in BC has risen eight per cent during this time and is at a higher level than previously estimated by Statistics Canada. During the same period, hospitalizations caused by alcohol increased by three per cent while those caused by tobacco actually declined by eight per cent. As well, surveys of drug users and police data on drug seizures indicate an increasing use of cocaine and crack cocaine while the use of methamphetamine (crystal meth) has declined from a peak in 2004.

Nearly 80% of BC residents drink alcohol at least occasionally. About 14% of residents are former drinkers while approximately 7% have never consumed alcohol in their lives. The majority of BC’s current drinkers are between the ages of 19 and 39. Approximately 90% of 19- to 24-year-olds and 85% of 25- to 39-year-olds have used alcohol at some point in the past 12 months. Across the province, the rate of alcohol consumption increased by 8% between 2002 and 2007 (from an annual average of 8.26 litres of absolute alcohol per adult in 2002 to 8.92 litres in 2007).

Comparing drinking rates with consumption rates of other substances reveals that more Victoria residents consume alcohol on a regular basis than they do tobacco or cannabis. Substance use affects the physical and mental health of a substantial number of BC residents. Use of alcohol, tobacco and illicit drugs has been linked to a number of illnesses, including liver disease, various types of cancer, cardiovascular disease, and blood-borne diseases such as HIV and hepatitis C.

Please contact Canadian Drug Rehab of you need help finding treatment with a drug addition or alcohol abuse problem. We are always here to help the addict and the families of the addict achieve sobriety.