Are you losing a loved one to drug or alcohol addiction in Vancouver? Drug or alcohol addiction can devastated the entire family, and often it becomes impossible for an individual to stop using on their own. Many of us who have a friend or loved one struggling with an addiction to either drugs or alcohol want to help, but don’t always know how. When considering rehab in Vancouver, there are many things to take into consideration. One important decision that will have to be made is whether to attend inpatient our outpatient rehab. Let Canadian Drug Rehab help today. 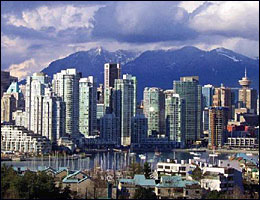 With Vancouver being the major Canadian gateway to the Pacific, heroin and cocaine, including crack cocaine, continue to be a significant problem in British Columbia. Studies show that 1 approximately 40,000 British Columbians are dependent on illicit drugs and the crimes that come with these high figures run rampant as well.Crimes often associated with the drug trade include weapons offences, break and entry and gang violence. Drive-by shootings are happening almost every night around the Lower Mainland, with most of them going unreported to police. The escalation of gang violence in Vancouver, beginning in January 2009, is alleged to have been caused by recent disruptions to the supply of illegal drugs. Vancouver police say the escalating gang war has become even deadlier and more violent.

Vancouver’s drug problem has grown steadily worse over the last decade with the most common drugs being heroin, crack cocaine, IV cocaine and increasingly crystal methamphetamine. Vancouver’s needle exchange, the first in North America, opened in 1989, distributes about 3 million free needles per year to drug addicts.

Treatment services, delivered by Vancouver Coastal health, include core services at community health centres, withdrawal management and residential and non-residential services. Currently, there are four levels within withdrawal management ranging from home detox to medical detox. Treatment is most effective when it considers factors unique to each individual and tailors treatment accordingly. Addiction services have been decentralized in Vancouver, with the goals of decreasing acute care demand and improving treatment completion rates.

Currently in Vancouver, alcohol dependence affects over 12,000 people and injection drugs over 9,000 people. Treatment makes sense on both humanitarian as well as economic grounds. According to the March, 2006 Canadian Centre on Substance Abuse report, The Costs of Substance Abuse in Canada 2002, the overall social cost of substance (tobacco, alcohol and illegal drug) abuse in Canada in 2002 was $39.

Methadone treatment and counselling has been an area of significant growth in the treatment of heroin addiction in the province. The number of people in BC treated with methadone was 8,319 at the end of 2006.

Vancouver is also one of three Canadian cities that participated in the North American Opiate Medication Initiative (NAOMI). Supported by the City of Vancouver, the study seeks to determine whether prescription heroin, or a combination of heroin and methadone, might be a better treatment for those who do not respond to methadone alone. Enrolment started in February 2005 and the study results are expected in the summer of 2008.

Meanwhile, Vancouver Coastal Health has increased its treatment budget by about $2 million per year, over the past five years, adding new addiction services, an increased number of detox beds and the development of addiction housing.
– Four Pillars Drug Society